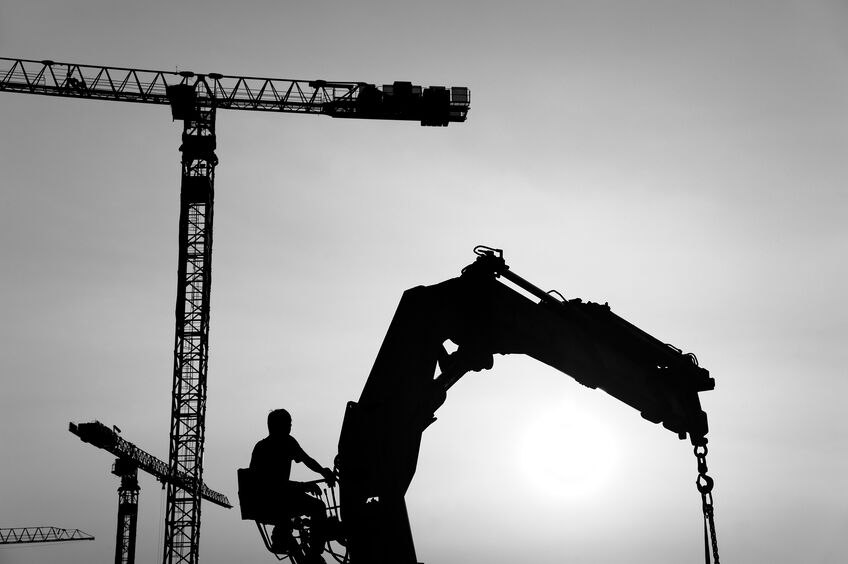 Have you heard of the term “weathervaning” as it relates to cranes? If you were in a major city where a tower crane was spinning around thanks to powerful winds, that’s weathervaning. Now most people would assume that a tall crane like that, spinning around in the wind, wouldn’t be safe or normal, but it is. Basically, weathervaning, also known as free slewing, involves releasing the slew brake (the parking brake) on the crane, which allows it to rotate a full 360 degrees with the natural direction of the wind. This is a good thing– better for the crane to move with the wind rather than fight against it! When a tower crane is weathervaning, the pressure and force is essentially removed such that the crane “rides with the wind” and doesn’t topple over. It’s actually very rare for a crane to topple over due to Mother Nature and excessive winds. Keep in mind that most cranes are built to withstand winds up to 100mph. If and when cranes fall down in bad weather, it could be due to how they were set up improperly.

Is It Okay to Use Construction Cranes in Bad Weather?

Should cranes be used in bad weather? Doing so could put people and property at risk. Crane crews often check the weather to see what’s expected– they monitor changing weather patterns and act accordingly. Sometimes bad weather passes through quickly, necessitating a delay in lifting arrangements, whereas other times the whole day is filled with bad enough weather to shut down crane operations all-together for that day. Safety for everyone on site should always be considered.

There’s an old, tried-and-true rule to follow with crane operation: if you’re “not sure,” don’t risk it! Therefore, if the crew or crane operator isn’t sure about operating the crane due to weather, then the smart and safe choice is to shut down operations.

Lightning Is a Different Beast 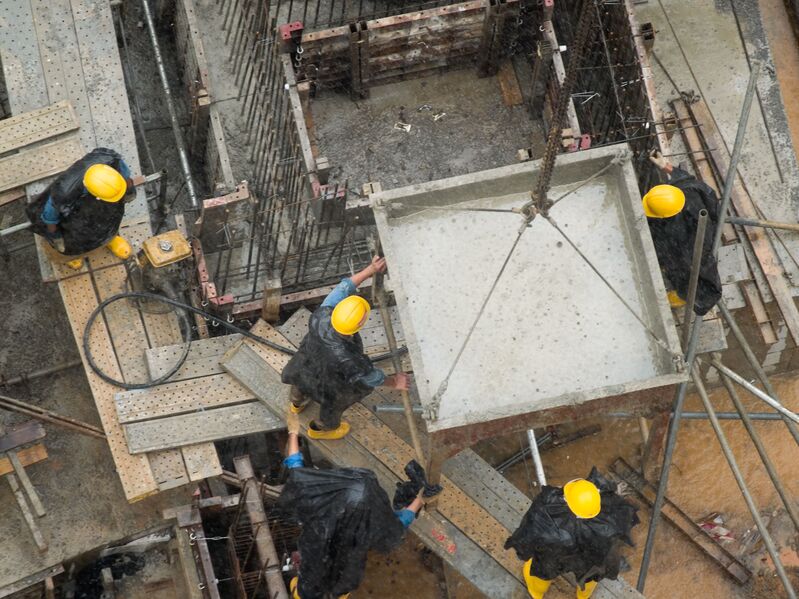 Now there is all sorts of bad weather, and one particular problem is lightning storms. Steel cranes can be highly conductive of electricity. If lightning strikes the crane, there could be damage to the electrical system(s) or worse. Did you know tower cranes might have lightning rods installed, but mobile cranes usually don’t? So, if you’re on a construction site and there’s lightning, it’s best to not use a crane, at all.

Besides lightning, bad weather can include winds and rain. Mobile crane crews should have an accurate lightning detection method as well as a clear plan of what to do when info about bad weather is received. For instance, if the local weather service gives out a storm “warning,” what will the crew do– will they continue to work or shut down?

Here’s a good rule of thumb: the time in seconds between lightning and thunder multiplied by 340 is the distance to the storm. That said, if you see lightning or hear thunder, you’re already in a danger zone.

Can cranes be used on windy days? Perhaps, but keep in mind that winds can cause loads to swing and become unsafe. How much wind speed can your particular crane endure? Check the manufacturer specs to find out.

What about rainy days? Ideally, if you can shelter your crane from the rain, do so, since there are components on the crane that aren’t waterproof such as the brakes and the clutch.

Are you thinking about renting a crane? In New England, you can call Astro Crane at 978-429-8666 for more information.