The Steps of Building Tower Cranes 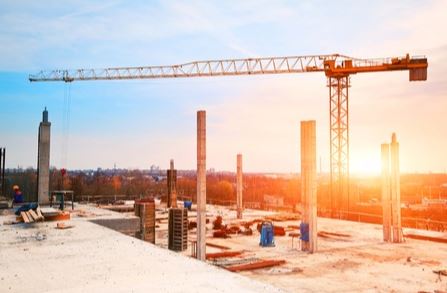 If you’ve ever looked way up into the sky at how tall a tower crane is, then you’ve probably wondered how in the world they’re built to be that big. It’s not necessarily easy constructing a tower crane, but it’s also not as complicated as you might think. Check out how tower cranes are built below.

Step 1: The foundation for the tower crane is created.

Before the first piece of a tower crane can be put together, a foundation for it must be the laid. The foundation is the most important part of it because it ensures the crane stays in place once it’s built. To create the foundation, you must pour concrete into a block that is about 30 feet by 30 feet and around 4 feet deep. There are also anchor bolts put into place to hold the crane up.

Step 2: The initial tower is built.

Once the foundation is done, you can start building the first part of the tower. To do it, you will take sections of the tower called masts and bring them together at the base. Typically, you will need to use a separate crane to carry out this step since the masts can be heavy themselves. It takes several masts to build the initial crane. A climbing unit also needs to be added at the end of this step to make it possible for the crane to be built up later.

Step 3: The slewing assembly is constructed.

Step 4: The height of the crane is gradually increased.

To make a tower crane taller, you need to utilize the top climbing unit and a hydraulic jack. The climbing unit can lift itself up and take the slewing assembly along with it as new masts are put into place to increase the height of the tower crane.

Do you need help putting a tower crane up on your job site? Astro Crane can provide you with rental cranes and the assistance you’re looking for when building a crane. Call us at 978-429-8666 today to get started.