The Nightmare of Construction Cranes Being Hacked 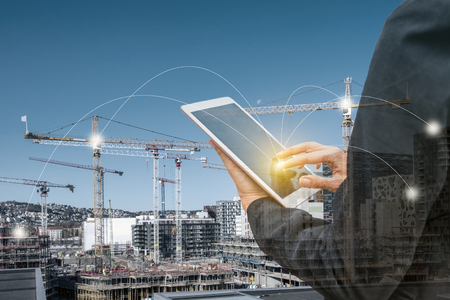 Did you know that just about every single piece of technology that you have in your home today could potentially be hacked? From smart TVs and baby monitors to smart cameras and even pacemakers, there are dozens of everyday items that hackers can hack into if they choose to do it. It’s why you should take steps to prevent hackers from gaining access to the various forms of technology that you keep in your home.

What’s more, it’s not just homeowners who have to worry about their high-tech gadgets getting hacked anymore. Hackers have also figured out ways to hack into and take control of certain types of heavy-duty machinery in recent years. It has forced contractors all over the world to reconsider how safe their work sites truly are when it comes to hacking.

A group of researchers from a Japanese cybersecurity firm called Trend Micro have been on a mission to show contractors how vulnerable their construction cranes might be to hacking. These researchers have figured out a way to hack into the main controls for many construction cranes in order to control them. They’ve also done the same with excavators, scrapers, and other pieces of large equipment. It has caused a lot of concern within the construction industry and forced some crane operators to reconsider the way in which they’re using cranes.

Too Many Cranes Are Susceptible to Hackers

According to the Trend Micro researchers, there are far too many cranes that are susceptible to hacking. Moreover, if the wrong people can access these cranes, they could do some serious damage with them. In what would amount to a best-case scenario, all things considered, hackers could steal cranes from construction sites or use the cranes to steal other items by hacking into them. However, they could also cause injuries and even deaths to occur after assuming control of cranes.

Maybe the scariest part of all is that it’s not the actual cranes that are being hacked. Instead, it’s the radio frequency controllers that are used to control them. Also, the Micro Trend researchers have discovered that it’s pretty simple to hack these controllers within a matter of just minutes. It could lead to some big changes within the crane community in the coming years as crane manufacturers and crane operators alike work to alleviate the hacking problem that has crept up on the industry.

At Astro Crane, we take crane safety seriously and strive to provide our clients with the safest cranes available. We can show you ways to keep a crane safe the next time you rent one for your job site. Call us at 978-429-8666 today to inquire about a crane rental.