The Evolution of Construction Cranes 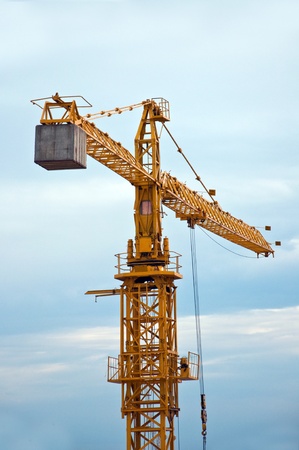 Without cranes, modern society would not look like it does. Cranes are responsible for so many of our societal achievements, like the grand skyscrapers of Boston, Chicago, Dubai, Hong Kong, New York, and other cities. From offices to houses, restaurants to hotels, and, indeed, most buildings today, cranes have played an important role. Manpower is strong, but machine power is stronger.

The History of Cranes

So where did cranes come from? For the answer to that question, we’d have to go back in time to ancient Greece. Centuries ago, the people living in the area we know as Greece developed many inventions, including the crane. Other cultures of the time used men to lift equipment, but the Ancient Greeks built their temples with the aid of “lifting tongs and lewis irons.” How do we know this? Cuttings on stone blocks of Greek temples show these items– as early as 515 BC. Primitive? Yes. But cranes, nonetheless!

After the Greeks, it was the Romans’ turn to develop cranes further. Then the French made advancements during the Middle Ages. Later on, the Italians aided in the development of crane technology.

The Development of Cranes

Why did cranes develop? Basically, societies wanted to develop and expand– as more people were born, they needed more buildings for homes, cafes, stores and more. Mankind has been building upward for hundreds of years.

Just like with anything these days, it seems like there’s a crane for almost any use. They come in all different shapes, sizes and configurations. Some are mounted on the back of trucks. Others are “all-terrain,” able to be moved over rocky land masses. When heavy lifting needs to be done, cranes can do the work of a 1,000 strong-armed, able-bodied men.

In New England, you can rent a crane from Astro Crane of Boxborough, Massachusetts. Astro Crane began back in 1980 and has grown to include more than 20 vehicle cranes– handling between 6 and 600 tons. From Rhode Island to Massachusetts, Connecticut to New Hampshire, and then some, Astro Crane provides equipment rentals and services to customers in eight states. As one of New England’s largest and most reputable crane-rental companies, Astro Crane is just a phone call away: 978-897-3352.