How Cranes Are Transported and Stored 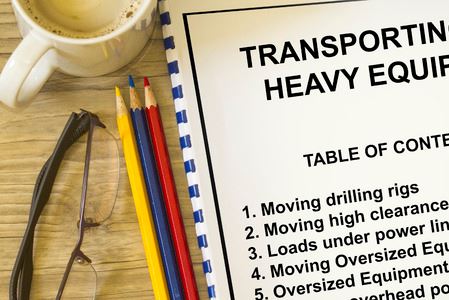 Have you ever looked up in the sky at a tall crane and wondered, “How in the world did that crane get here?”? It’s one of the biggest mysteries surrounding the construction industry. If you walk through almost any city in the U.S., you will see tons and tons of cranes dotting the skyline. And yet, you never see a crane being transported from one place to another.

That’s mostly because the majority of cranes aren’t taken from point A to point B in crane form. Just about all cranes are erected on site when they’re used for a construction job and then broken down and moved in pieces once the job is done. As a result, you may actually stumble upon cranes being moved around and not even realize it. They’re typically in a bunch of different pieces when they’re being transported, which would explain the lack of cranes on U.S. roads.

Nevertheless, not all cranes are taken apart after they’re used on a construction site. Some smaller cranes will actually be moved as-is between job sites. And in the event they’re not needed on a job site at one particular time, they’ll typically be moved to a crane yard where they’re stored until another construction company needs to use them. The pieces that make up larger cranes can also be stored in these same yards as well as in private storage facilities.

Cranes are fascinating pieces of equipment that make life easier on construction companies everywhere. Without them, companies wouldn’t be able to build tall buildings or move heavy items around on job sites. It’s why most cranes don’t spend much time in storage. They’re in constant demand. And thanks to those who have designed cranes over the years, they aren’t as difficult to transport as you might believe. As long you know what you’re doing with one, you can put it up, use it, take it apart, and send it on its way in no time.

Astro Crane can tell you all about the transportation of cranes and set your company up with one if you need it. Call us at 978-429-8666 today to learn about how easy it is to have a crane delivered to your job site right away.